Maverick politician and former Member of Parliament (MP) for the Mfantseman Constituency, Stephen Asamoah Boateng has said that he wept when John Mahama coincidentally became president after the demise of the late President Professor J.E.A Mills.

Addressing a gathering of Chiefs and people of Kobina Ansa in the Mfantseman Municipality, the astute politician said knowing John Mahama very well from their days as colleagues at school and parliament he knew Mahama wasn’t fit to be president.

He remarked “We’ve gotten a President who is delivering on his promises and you have someone who was voted against for non performance some few years ago but he claims he wants to come back”, he said monitored by Kastle FM correspondent, Amansan Krakye.

He added: “I cannot work out why John Mahama wants to come back again I just don’t understand. I know him very well because we attended the same school and we were in parliament together and I know him so well.

“When President Mills died i cried at home. Even though I’m NPP but I used to attend T. B Joshua’s church with Professor Mills. But when the presidency was handed over to John Mahama I wept because I know him in parliament.”

Stephen Asamoah Boateng who is currently the Director-General of the State Interests and Governance Authority (SIGA) said he knew John Mahama was empty because he never made any meaningful contribution during their days as colleague parliamentarians.

He continued “He never sat through parliamentary debate. He was never available for any serious deliberations and whenever he rises to address an issue he completely goes off track and spoils the matter under discussion.

“And he became our president and I’m telling you that I know the kind of life he lived at the presidency. Even look at his campaign tour, have you seen any of the elders in his party following him around”?, he concluded. 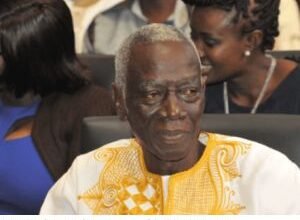