Ghanaian songstress and award-winning artiste, Vera Hamenoo-Kpeda better known by her stage name MzVee says individual sexual orientation and preferences should depend on themselves.

“I feel like people’s lives are their lives and we were brought up in a society where we don’t accept people of some type of sexual preferences so I guess it depends on you. I don’t know I don’t want to say much about it.” 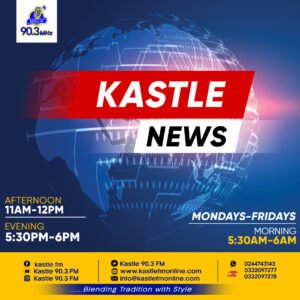 “Hmm issue about individual sexual orientation and preferences is a very heavy topic. I honestly don’t want to say much about it because it’s like politics it’s such a sensitive topic.”

Homosexuality is illegal in about 30 African countries. In Ghana, many advocates are pushing for its ban while others say it should be legalized including Sister Deborah Vanessa who attended Wesley Girls’ High School.

A failed musician who has become an LGBTQ+ activist overnight, Sister Derby has recently thrown her support for Lesbian, Gay, Bisexual and Transgender group (LGBT) calling for legalization in Ghana.

It is allegedly perceived in Ghana that single sex secondary schools are breeding grounds for those who mostly end up practicing or defending gayism, lesbianism including Wanluv the Kuborlor who attended Adisadel College in Cape Coast.

I won’t have attended the IGP’s meeting with the celebrities even if I was invited – E.L insists