Young Ghanaian Hip-Hop artiste, Kweku Flick known in real life as Andy Osei Sarfo has added his voice to the current debate surrounding the advocacy for rights of persons who are Lesbian, Gay, Bisexual and Transgender (LGBT) in Ghana.

Talking to Amansan Krakye on the Kastle Entertainment Show in an exclusive interview on Kastle FM 90.3MHz, Kweku Flick said it’s definitely not a good thing to allow homosexual activities and preferences to be regarded as a human rights issue.

“It’s definitely not a good thing to allow LGBT rights in Ghana. To be sincere with you, we don’t need to accept such homosexual practices in this country,” Kweku Flick remarked on the show. 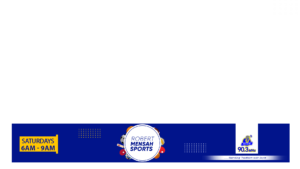 Kweku Flick who hails from Asante Mampong in the Ashanti Region of Ghana and recently got four nominations in the 3Music Awards 2021 further revealed that LGBT practices wouldn’t help us as a country if we should allow those with such orientation to have their way.

He disclosed on Kastle FM that “LGBT wouldn’t help us as a country if we should allow such people to have their rights to do whatever that suits them.”

Ghanaian broadcaster, Bridget Otoo who is a former TV3 newscaster has recently said in a Twitter post that she’s willing to support the LGBTQI agenda and if supporting them is the fastest and easiest way to hell, she’s ready to do it in order to meet satan.