Hiplife legend, Kwame Nsiah-Apau known by his stage name Okyeame Kwame and nicknamed Rap Doctor says there is no need for famously popular artistes in Ghana to exploit the Kumerica movement guys for their selfish gains.

READ MORE:  My candid opinion about LGBT rights will make some people hate me – MzVee

Responding to accusations of exploiting the Kumerican artistes for his selfish aggradisement in an interview with Amansan Krakye on Kastle FM, Okyeame Kwame said it isn’t necessary for popular artistes like himself to take credit for what others started. 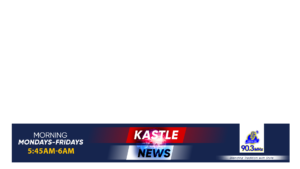 “We need to make a clear distinction because I think that it’s been a long time that they’ve been working to get on but they’ve been unable to get on,” he remarked on the Kastle Drive show.

“So today by the grace of God what they tried doing all these years has finally gained momentum and become global, we don’t need to have to take credit for it at all,” Okyeame Kwame told the host.

“So there is no need for those of us who God has already given us fame to exploit these Kumerica movement guys for our selfish gains as if we’re rather the ones who are going to help them but we can’t help them,” he fumed.