The advocacy for the legalization of LGBTQ+ rights in Ghana has been met with mixed reaction and condemnation with Diana Antwi Hamilton saying that God’s grace abounds for those who want to stop engaging in all forms of sexual immorality.

She remarked “When you read 1Timothy 1:8-11 it’s very clear that it’s like any other sin. Homosexuality is a sin that will not be allowed into the Kingdom of God. But grace is available to anyone who is practicing it and wants to stop.

“They are the people that Jesus came for so God extends a hand of grace to these people and we plead with God to have mercy to on them to have a change of mind,” she said on Kastle Drive show. 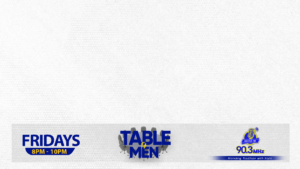 Talking to Amansan Krakye from her UK residence in an exclusive interview on Kastle FM in Cape Coast, Diana Antwi Hamilton said Jesus Christ and the word of God frowns on homosexual preferences.

She added “I think that when an issue comes up and a lot of people have had their say, sometimes you’re better off because there are a lot of men of God involved who have spoken up on the LGBT+ rights.

“One of them being the Chairman of the Church of Pentecost who happens to be my father so I will come from a Christian point of view. Jesus and the word of God is against sexual immorality and homosexuality,” she ended.

My impeccable support for Kumerican movement dates back - Okyeame Kwame