Four police officers who assaulted some residents of Tamale over some illegal electricity connections have been interdicted, according to JoyNews sources.

The security operatives abused the victims in areas such as Zujung, Lamashegu and Nakpan Zou in the Northern Regional capital on Monday, September 20.

Sources within the Regional Command said the directive was issued from the headquarters as investigations commence.

However, the Command is expected to issue an official statement announcing the action.

The Northern Electricity Distribution Company (NEDCo) had visited these areas to embark on inspection of those using power illegally.

But the situation escalated when some of the residents were whipped in the process by the police.

A victim who pled anonymity said he was holding his phone and the police accused him of trying to call someone reason they started lashing him. 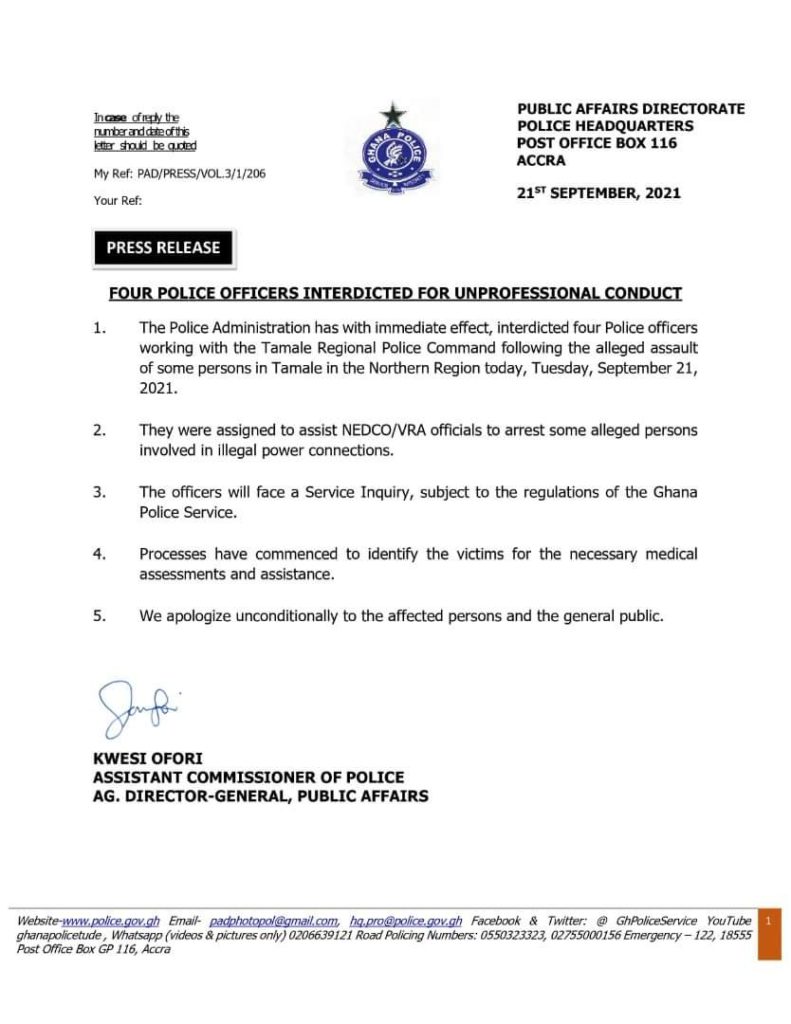 He said even though he said he was not calling anyone, they continued whipping him.

Others say they were handcuffed while another was detained. The viral video of the assault received widespread condemnation from the general public with calls on the police hierarchy to intervene.

The residents want the police to investigate the matter and bring the officers involved in the assault to book.

When contacted Public Relations Officer of NEDCo, Maxwell Kotoka told JoyNews his outfit has begun investigations into the matter. He said NEDCo as a brand is concerned because it was through their operation the assault happened.

Mr Kotoka added they are unable to comment further until they firm up on what exactly happened.