The newly promoted side, Bibiani Gold Stars have shared points with Medeama SC in their second game of the season at the Akoon Park in Tarkwa.

Medeama SC started the game with the hope of getting their first win of the season after losing heavily last week to Bechem United in their match week one fixture.

Coach Ignatius Osei Fosu paraded a strong lineup but his side failed to score in the first half due to the resilient play from their opponent.

The Ivorian, Ahmed Toure was later brought on and got the first goal for the home side on the 82nd minutes. But the visitors, Gold Stars kept fighting until they got the equalizer on the 90th minutes courtesy Joshua Akoto.

Medeama are with just a point after two games while Bibiani Gold Stars are now with four points. Medeama will travel to Techiman for the match week three fixture against Eleven Wonders.

Coach Michael Osei’s side, Bibiani Gold Stars will play the league leaders Asante Kotoko this weekend and will be hoping to pick points from the game. 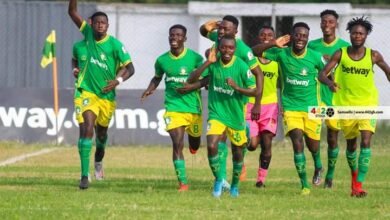 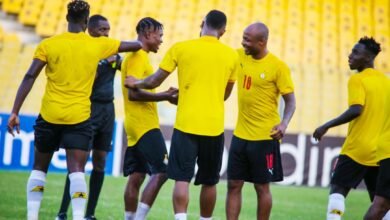