The defending champions, Accra Hearts of Oak have accumulated only three points from the possible twelve points after four matches, leaving them in the 15th position on the league table.

Coach Samuel Boadu who led the team to their first premier league title after ten years has insisted that his side will surely bounce back, saying that the league has just started and there is a long way to go.

“We have a long way to go. It is not yet over, this is a competition so we are in it and we are pushing harder.”

Hearts of Oak suffered their first defeat in the league at the Len Clay Sports Stadium to Ashanti Gold who won by two goals to Zero.

Coach Samuel Boadu believes his players may need some help psychologically in order to get them back on form.

“We need to sit them down and psych them, and then we move.”

Accra Hearts of Oak will face JS Saoura of Algeria on Sunday 28th November at the Accra Sports Stadium for the first leg of the CAF Confederation Cup playoffs. 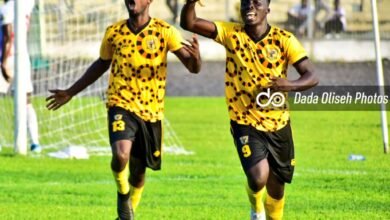 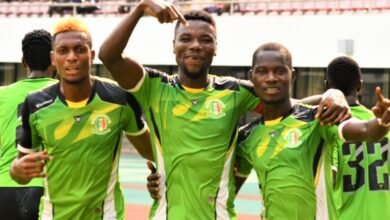 Hasaacas ladies beat AS FAR 2-1 to qualify for the finals of the maiden CAF Women’s champions league.