Sensational Ghanaian rapper, AY Poyoo has disagreed with COP Kofi Boakye over his comments on who deserves to be called a celebrity.

COP Kofi Boakye, the Director-General of Legal and Prosecution for the Ghana Police Service in a meeting with members of the showbiz industry raised concerns about the word ‘celebrity.

He said “Who is a celebrity? What is the operational definition of the word celebrity? Is it that when you appear in one film or you do one song you qualify to be called a celebrity or what?.

However in a sharp rebuttal, the ‘Goat’ hitmaker has responded to COP Kofi Boakye on Kastle FM with details of what it means to be labeled as a celebrity.

He remarked “Being called a celebrity doesn’t matter if someone has got only one hit song or the person has acted just one movie.

“Some people don’t even sing or talk but are also being regarded as celebrities based on their uniqueness,” he told Amansan Krakye in an interview.

“It’s about someone who is different for doing something which is unique so being a celebrity comes from different angles,” he said on the Kastle Entertainment Show.

I won't have attended the IGP's meeting with the celebrities even if I was invited - E.L insists

I won’t have attended the IGP’s meeting with the celebrities even if I was invited – E.L insists 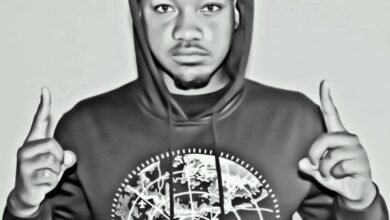