Ranking Member on the Roads and Transport Committee of Parliament, Kwame Agbodza is pushing for the House to haul the General Secretary of the New Patriotic Party and the Senior Presidential Advisor before it.

The Adaklu MP said that John Boadu and Osafo-Maafo have both made comments that undermine the authority of the Speaker, Alban Bagbin.

Speaking on Joy FM’s Top Story on Thursday, he contended that failure to take any action against the two will only encourage others to also disrespect the Speaker in a similar vein.

“How come John Boadu would go as far as saying that if Speaker wants the toll to be collected, he should go for and collect it himself? It is in clear breach of Order 30 of the Standing Orders and parts of Article 122 of the constitution,” he told host Evans Mensah.

“Tomorrow, if a young man is frustrated about politics in this country, and says anything, about the judiciary, executive, or parliament, I may not be able to tell that person that he is wrong because that will amount to selective justice,” he added.

Speaking in the Central Region, John Boadu asked why the Speaker of Parliament did not consider assuming the role of a toll collection personnel after directing the Roads Minister to withdraw a statement announcing the cessation of collection of road tolls.

Although he admitted that the Speaker was right in giving directives to the Minister, he insisted that Kwasi Amoako Atta did nothing wrong.

“Technically, the Speaker was right. If Parliament enacts a law, then only Parliament has the authority to repeal that law. But was the Road Minister did was also right in his action because the announcement of the scrapping of the payment of road tolls would have caused confusion at the toll collection centers. He only suspended the operationalization of toll collection, not the law. If he had not done that, there would have been chaos at the toll booth. With all due respect, why did the Speaker himself not go to the various toll collection points to take tolls after issuing the directive to the Minister,” he said.

Mr. Amoako Atta had directed the cessation of the collection of road and bridge tolls nationwide, effective Thursday, November 18, 2021.

His directive came hours after the Finance Minister, Ken Ofori-Atta announced in Parliament that motorists who ply tolled roads across the country, will no longer be required to pay tolls immediately after the 2022 budget is approved.

This action by Mr. Amoako Atta was not taken lightly by the Speaker, Alban Bagbin.

The Speaker, subsequently, directed the Roads and Highways Minister to withdraw his statement announcing the cessation of the road tolls.

Almost a week after the Speaker’s order, Mr. Amoako-Attah is yet to comply with the directive.

According to Kwame Agbodza, Ghana will lose about $10 million by November if the collection of road tolls does not resume.

Consumers in Central Region owe us over GH¢134 million – GWCL

‘There won’t be any sky train in Ghana, it’s not possible’ – Amewu 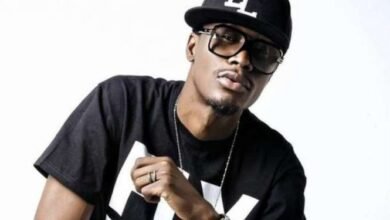 Scrapping road tolls for E-levy on ‘MoMo’ is like falling from frying pan to fire – E.L laments