Asante Kotoko’s flying start to the season suffered a jolt on Sunday as Zubairu Ibrahim scored a hat-trick to power King Faisal to a 3-2 win in the Kumasi derby at the Baba Yara Stadium.

Cameroonian import Mfegue Omgba’s scored a brace for Asante Kotoko but that wasn’t enough to win them the points as Zubairu stole the headlines to give King Faisal their first win over their city rivals in seven years.

King Faisal scored two goals in the first 20 minutes of the game with Ibrahim opening the scoring in the fourth-minute mark. He again, added the second goal 14 minutes later as King Faisal ended the 1st half with a 2 goal lead. 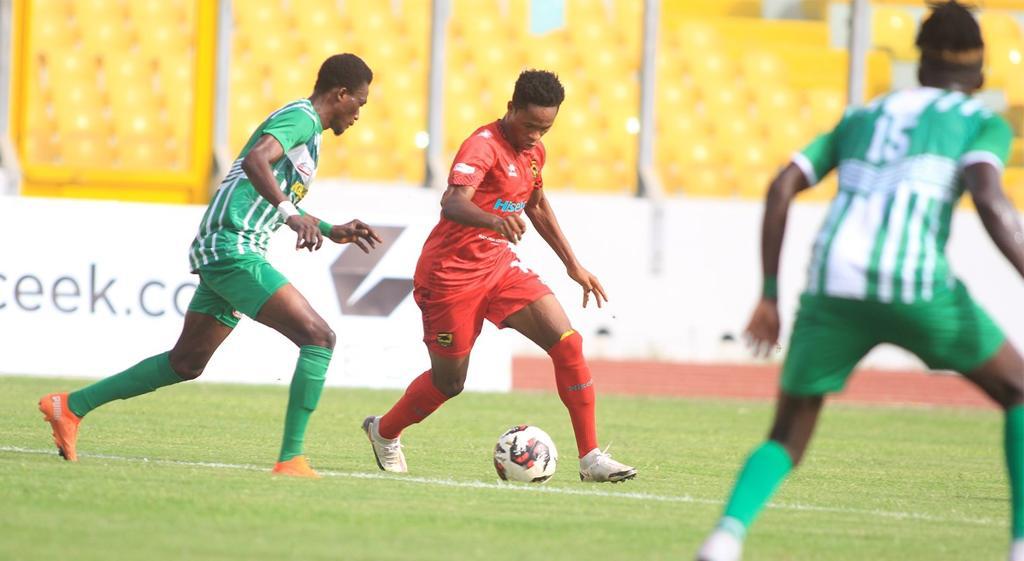 After the break, Asante Kotoko reduced the deficit two minutes into the second half through Mfegue Omgba.

As Kotoko kept pushing for the equalizer, Ibrahim Zubairu capitalized on a numerical deficit at the back to slot home the third goal for King Faisal and his third of the game in the 68th minute.

Omgba scored his second in the 72nd minute but King Faisal held on to win the game 3-2 to move to joint top of the Premier League standings with 13 points.

In other matches Dreams FC ended their two-match winless run with a 2-1 home win against Bibiani Gold Stars at the Theatre of Dreams – Dawu.

Ali Huzaif and Abdul Fatawu Issahaku scored for the Still Believe lads whilst Richard Amoah pulled one back for Gold Stars in added time. 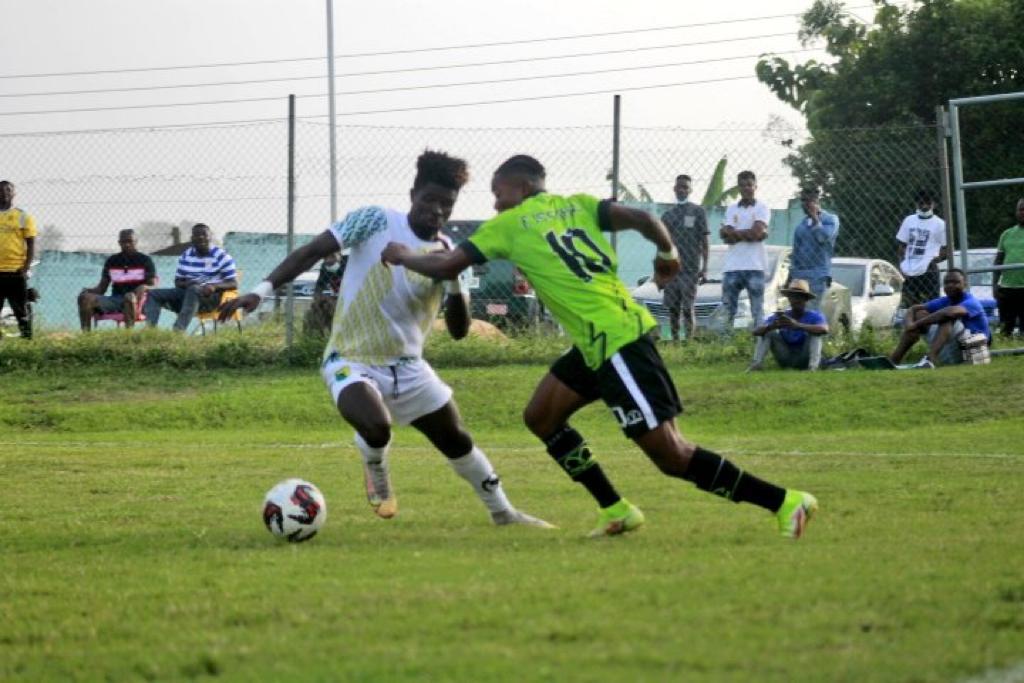 Real Tamale United shocked Berekum Chelsea at the Golden City Park as a late strike from David Abagna in the 90th minute gave the visitors a 1-0 win. This is RTU’s first win the road since the commencement of the season.

Legon Cities fought hard in Obuasi to snatch a point from AshantiGold in a 0-0 stalemate at the Len Clay stadium.

Accra Great Olympics’ winless run continued on Sunday after they were frustrated at home by Bechem United in a goalless draw.

Fredrick Asante scored a brilliant goal in the second half to give Accra Lions a 1-0 win against Eleven Wonders at the Accra Sports stadium.

Aduana Stars were simply unstoppable at home as they romped to a 3-0 win over WAFA at the Nana Agyemang Badu I Park at Dormaa. Emmanuel Gyamfi grabbed a brace for the two-time League champions with Hafiz Adams netting the other goal for the Ogya lads.