Popular artiste and sound engineer, Epixode has revealed that he wants to do a tattoo of his current hit song ‘Atia’ on his body for opening a lot of doors in his music career.

He said “If I get the chance I will tattoo Atia on my body though I don’t know where it came from but I’ve always had the feeling that this year was going to be a good year and thanks to God Atia came.

“Atia has really opened doors for me and you won’t believe that I’ve got prominent people in Ghana that I didn’t know that they even knew my music but because of Atia they’re now huge followers,” he added.

In an exclusive interview with Amansan Krakye on the Kastle Drive Show, Epixode expressed his profound gratitude to media mogul, Oheneyere Gifty Anti for helping his song to trend on social media.

He continued “I must say a very big thank you to Oheneyere Gifty Anti because somebody like that who is respected has done countless videos which you would see her dancing with Atia.

“So I feel that personally people who had different mind for me as a dancehall artiste have been able to recycle their minds that the boy is really good,” he revealed to Amansan Krakye.

Not every reggae dancehall artiste is a wee smoker - Epixode insists

Not every reggae dancehall artiste is a wee smoker – Epixode insists 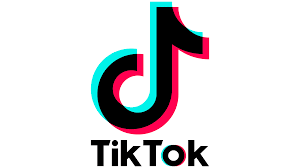