Adom Appiah is a losing parliamentary aspirant for the Effiduase-Asokore seat in the recent parliamentary primary on the ticket of the NPP.

Media reports suggest that he was assaulted during the NPP parliamentary primary when he challenged a voter whose name was not found on the constituency register being used for the election.

A press release from the Ministry of Local Government and Rural Development on Wednesday stated that the Ashanti Regional Minister “is required to liaise with the Regional Electoral Commission to conduct the confirmation process of the nominated Chief Executive”.

Mary Boatemaa Marfo’s removal is believed to have come out of a recently leaked audio that indicated she had charged NPP supporters to vote ‘skirt and blouse’.

She revealed in the leaked audio: “Those of you who are my supporters must use your conscience in voting. If you see me campaigning and mentioning his name [MP] it does not mean I will vote for him. We must work towards reducing his votes so that the President will know that I am not the problem but rather he is the one. The rules of the party do not allow me to campaign for an independent candidate, but as for me, I will not vote for him.”

She added: “Don’t mention my name but voting for Afriyie is not possible. If someone asks you, you tell them you do not know where I belong. The treatment meted out to us by this MP makes it impossible for some of us to vote for him. At the end of the day, his votes will reduce.”

Meanwhile, Owusu Nkrumah, an aide to Mary Boatemaa Marfo has admitted to being the one who recorded her and leaked the audio to the public.

“Yes, I am the source of the leaked tape,” Owusu said on Kumasi based Akoma FM on Tuesday, September 22.

He added: “I recorded and leaked the tape because Madam Mary Boatemaa whom I’ve served for several years has not been treating me fairly.

“I asked her whom we should vote for because I wanted to know my stance and where to cast my vote but after several considerations, I let out the cat from the bag because she has not been good to me.”

The sacked DCE had declined to make comments over the allegation. 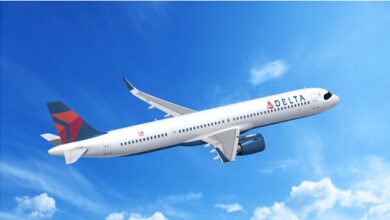