League leaders Asante Kotoko for the first time this season dropped points but maintained their unbeaten run in the League following a goalless draw against Karela United FC on Sunday.

The Porcupine Warriors went into the game with an excellent record of four wins from four matches – a reputation they wanted to protect at the Crosby Awuah Memorial Park especially after ending Karela’s four-year unbeaten home record last season.

Karela was dominant and had the best opportunities in the first half but Kotoko defended gallantly to keep their unbeaten run unscathed.

Asante Kotoko midfielder Richard Boadu received the marching orders in the 63rd minute after he was sent off for a poor challenge. 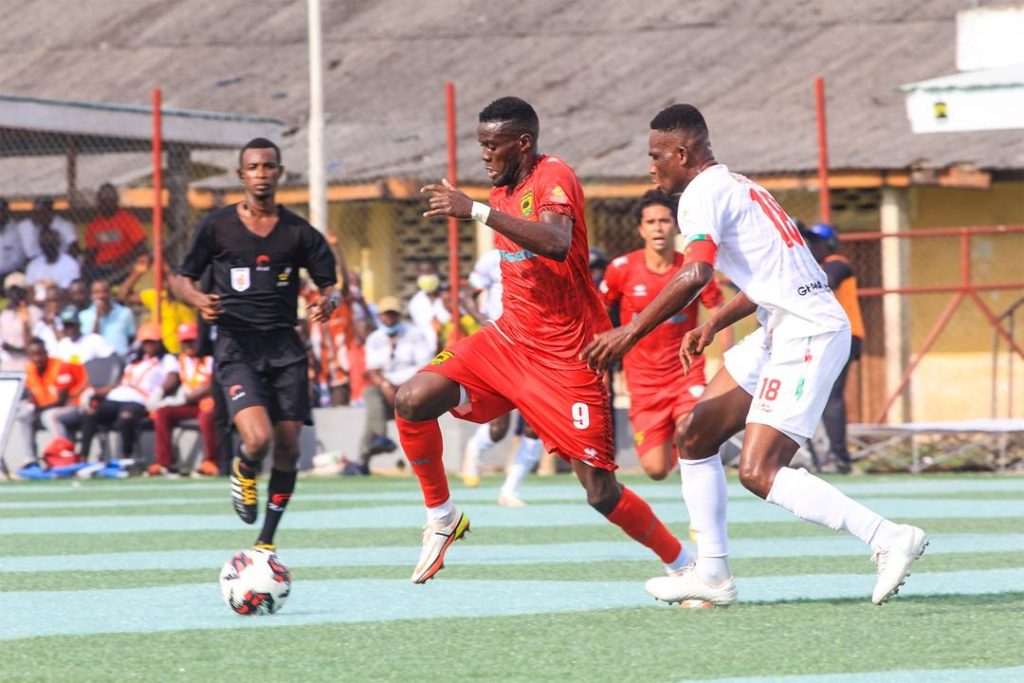 Goalkeeper Razak Abalora yet again delivered a superb display with some fantastic saves to deny Karela United. Abalora pulled a match-winning save in the 85th minute to deny the home side victory.

The former WAFA shot-stopper has been in excellent form all season having kept them in games against Bibiani Gold Stars and Eleven Wonders.

The Porcupine Warriors fought hard to hold on to the game for a draw – Karela United’s first point at home against Asante Kotoko since they gained promotion to the Premier League in 2018.

With the result, Kotoko stays on top of the table, three more points ahead of second-placed King Faisal who drew 0-0 with Medeama SC in Kumasi.

Karela who played above themselves in search of their second home win of the season sit in 11th position with six points from five games.

At the Fosu Gyeabuor Park – Bechem United came back from an early goal to beat Dreams FC 3-1 to maintain a long-standing unbeaten home record.

Ali Huzaif opened the scoring for Dreams FC but they were once again let down by some unpardonable defensive errors as Bechem United came back stronger to win the game hands down.

Huzaif connected home from close range after winger Issah Ibrahim sent in a cross inside the box.

With just a kick to end, the first half Bechem United snatched the equalizer through Emmanuel Avornyo.

Augustine Okrah added the second goal a few minutes into the second half before Obuoba Yaw Dasi increased the tally inside 68 minutes to end the game 3-1 against Dreams FC.

Real Tamale United made it back-to-back home wins in Tamale as they recovered from their 5-1 loss to Aduana FC to record a well-deserved 2-0 win against AshantiGold SC.

RTU shot into the lead in the 38th minute through Ishmael Nketia who slotted home from close range to register his first goal of the season. RTU doubled their lead in the 59th minute as defender Yussif Mohammed Nurudeen scored with a powerful header.

Second-placed King Faisal endured yet another frustrating afternoon as they were held 0-0 by Medeama SC at the Baba Yara stadium. 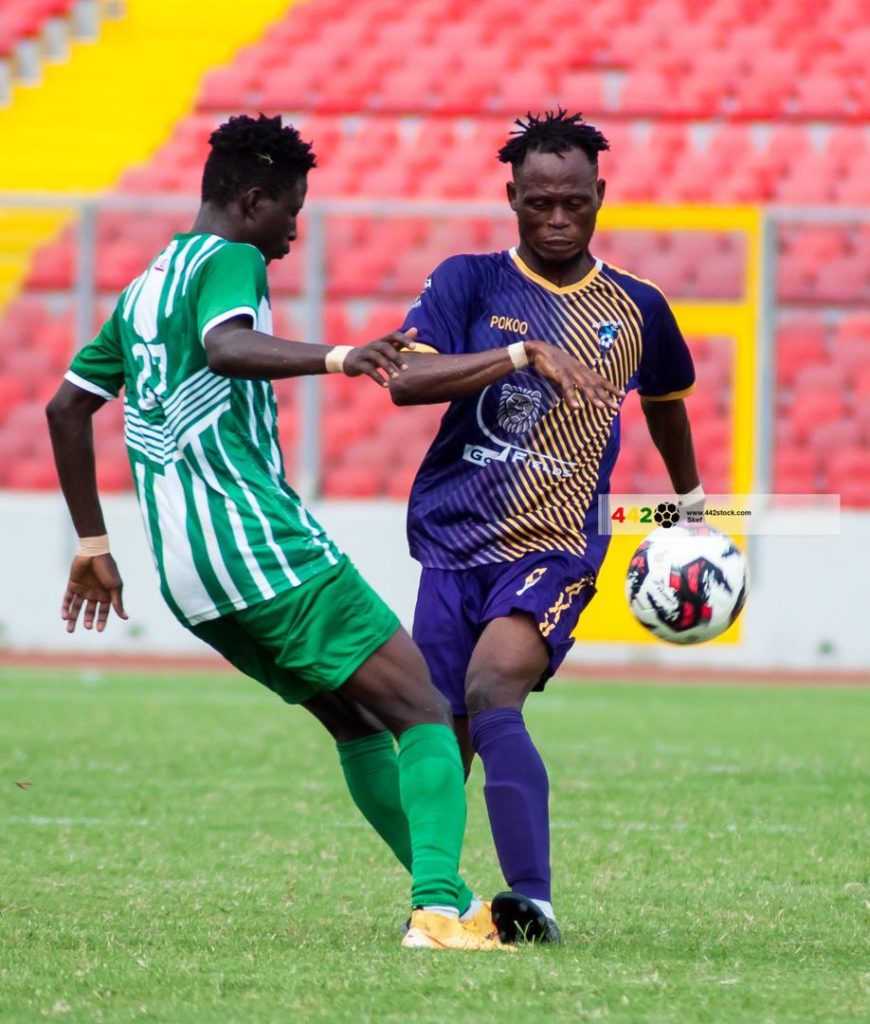 New boys Bibiani Gold Stars put in a spirited display much to the amazement of their home fans as they humbled fellow newcomers Accra Lions 2-0 at DUN’S Park.  Frank Adjei Junior gave Gold Stars a priceless lead one minute into the second half after volleying a ball into the roof of the net.

The visitors were unsettled from then onwards as Gold Stars kept pushing for the second goal. Prince Kwabena Owusu fetched the second goal in the 72nd minute as the home side romped to a comfortable 2-0 win.

In Techiman – Eleven Wonders recorded their first win of the season after beating Elmina Sharks 3-1 at Ohene Ameyaw Park. The win also gave the Techiman based side their first goal (s) of the new campaign after going four matches without scoring.

Eleven Wonders began the season with a home loss to AshantiGold, drew goalless with Berekum Chelsea and Medeama SC before losing 2-0 to Asante Kotoko.

Evergreen Tetteh Nortey twice scored from the spot in the 49th and 53rd minutes of the game before Abdul Ganiyu Abbas added the third in the 61st minute. Isaac Donkor scored a consolation for Elmina Sharks in the 95th minute as Eleven Wonders failed to keep a clean sheet.

Earlier on Saturday, Justus Tortsutsey gave WAFA a 1-0 win at Sogakope with a stoppage-time penalty against Great Olympics. The referee pointed to the spot after Marvin Owusu was stamped in the box by a Great Olympics defender. Justus Torsutsey elected himself for the kick and calmly slotted home for a 1-0 win over a side that snatched a late goal to beat them (WAFA) 3-2 last season.

Yahaya Mohammed set the tone on Friday with a ferocious strike in Accra that gave Aduana FC a 1-0 win against Legon Cities. 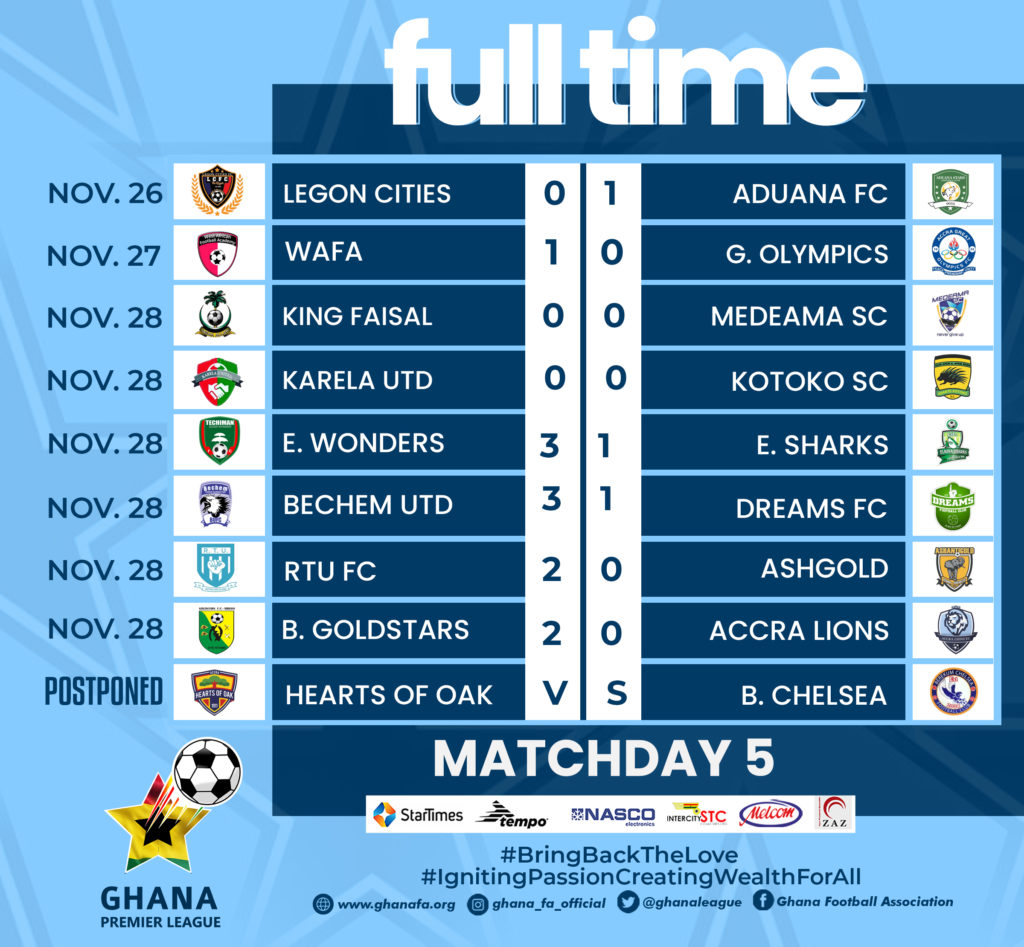